What Exactly Is Adrenal Fatigue? 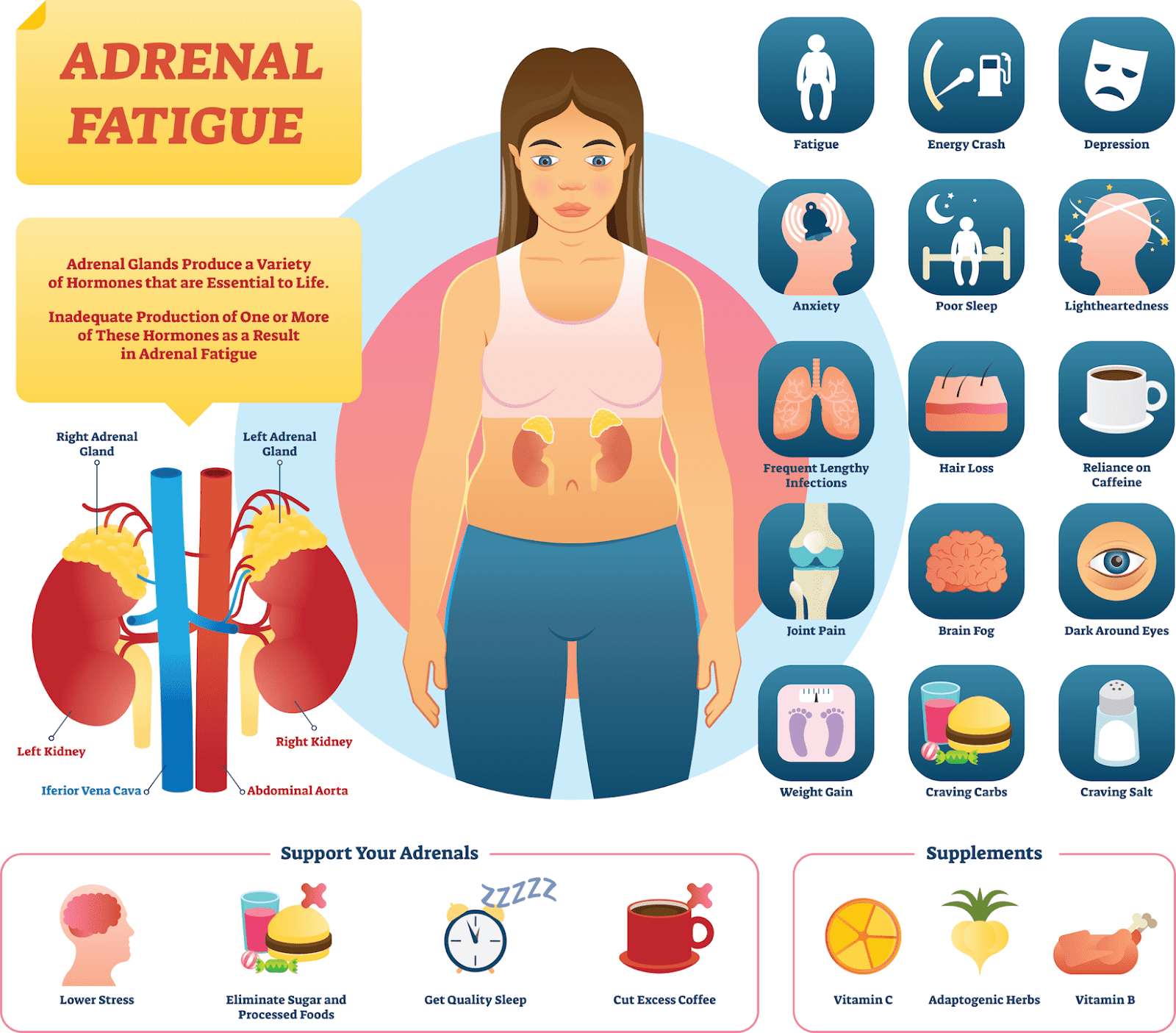 If you're feeling tired and fried, chances are you've probably heard of adrenal fatigue and wondered if it may be the source of your constant exhaustion. But what exactly is it, and how do you know if it's what's causing your lack of oomph?

James L. Wilson, PhD, who coined the term adrenal fatigue in his book Adrenal Fatigue: The 21st Century Syndrome, describes the adrenals as “two little glands that sit over your kidneys and are about the size of two large grapes and weigh about five-to-eight grams.”

Practitioners who treat adrenal fatigue consider the expansive function of these glands and the range of deficiencies that may occur when the adrenals aren’t functioning optimally. “They have a very profound effect on the entire body,” says Dr. Wilson. “They’re the glands that first respond to stress, but also the first to suffer as a result of stress.”

Common symptoms of adrenal fatigue are thought to include:

Less common symptoms are believed to include:

Any kind of excess stress causes the adrenals to increase cortisol production. Adrenal fatigue is thought to occur when the adrenals have been overworked to a degree that they can no longer secrete levels of cortisol that are adequate for optimal function.

Potential stressors include environmental and dietary influences, as well as anxiety and emotional stresses. Experiences such as grief, trauma, and autoimmune conditions are considered to have a possible chronic negative impact on adrenal function. An overuse of antibiotics is also believed to possibly have detrimental effects on cortisol production.

Doctors conducting an adrenal fatigue test most often do so using urine or saliva tests to measure cortisol levels. “You also have to get an idea about the stress in people’s life,” states Dr. Wilson. “You can have a patient who has normal cortisol levels but who’s exhausted and working fourteen-hour days. They’re worried about their mortgage, so there’s clearly a problem there—they need more cortisol than normal, so there’s going to be a crash.”

Because cortisol levels vary throughout the day, doctors treating adrenal fatigue suggest that it is important to administer comprehensive tests as well as to understand a patient’s daily energy patterns in order to better assess the way cortisol production cycles over the course of a day.

Presently, there is no pharmaceutical method for how to treat adrenal fatigue, which some naturopaths and doctors of osteopathy consider to be a factor in traditional medicine’s view of the condition. Suggested natural remedies include lifestyle changes such as a low-sugar/low-caffeine diet, avoidance of junk food, a healthy sleep schedule, nutritional supplementation and adaptogens—herbal supplements that help balance the adrenals.

Other healthy routines such as adequate daily hydration, managing blood sugar through a balanced eating schedule, and meditation are also believed to have positive effects on restoring the adrenal glands to optimal function.

If you suspect you might be suffering from adrenal fatigue, call Glendale Whole Health for more information and an appointment.