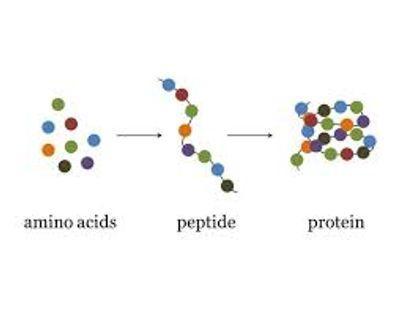 Peptides are short strings of amino acids, typically comprised of 2 to 50 amino acids. Both proteins and peptides are made up of amino acids, but peptides contain far fewer amino acids than proteins. Like proteins, peptides are naturally present in foods and in the body, however, peptides may be easier for the body to absorb than proteins because they are smaller and more broken down than proteins. They can more easily penetrate the skin and intestines, which helps them to enter the bloodstream more quickly. They are very specific, which makes them safe and well-tolerated. They work by signaling cells to regulate and rejuvenate functions of the human body.

Many health and cosmetic products contain different peptides for many uses, such as their potential anti-aging, anti-inflammatory or muscle building properties.

Some of the most popular peptides include collagen peptides for anti-aging and skin health, and creatine peptide supplements for building muscle and enhancing athletic performance. The first peptide discovered was insulin!

Recent research indicates that some types of peptides could have a beneficial role in slowing down the aging process, reducing inflammation and destroying microbes.

Peptides may provide many important influences:

• Work with testosterone and estrogen to help boost libido

• Aid in a healthy sleep cycle

• Lead to increased levels of energy, stamina and strength

People everywhere are already asking about peptides. Our goal is to offer is carefully selected group of peptides to help support the functional medicine approach to maintaining and restoring health with lifestyle modifications, healthy nutrition, stress reduction, hormone optimization and supplements.

GLENDALE WHOLE HEALTH IS PLEASED TO OFFER THESE PEPTIDES:

BPC-157 is a peptide chain composed of 15 amino acids. It is a partial sequence of body protection compound (BPC) that was discovered in and isolated from human gastric juice found in the stomach. Numerous research studies have demonstrated that it accelerates the healing of many different wounds, including tendon-to-bone healing and superior healing of damaged ligaments.

BPC-157 has been shown to protect organs and helps to prevent gastric ulcers. The use of this peptide has shown pain-relieving characteristics. Those who suffer from discomfort due to muscle sprains, tears and damage may benefit from treatment with this peptide.

BPC-157 is taken orally or via subcutaneous injection.

Cerebrolysin is a multi-modal neuropeptide drug with a fast onset of action that helps to regain and maintain the independence of patients suffering from stroke, traumatic brain injury (TBI) such as concussions, dementia and cognitive impairment.

It is made up of very small protein fragments, which allows it to penetrate the blood-brain barrier and reach nerve cells directly. It works in both the peripheral and central nervous systems.

Cerebrolysin is taken via subcutaneous or intramuscular injection, as well as IV.

Ipamorelin is a selective growth hormone secretagogue and ghrelin receptor agonist, aka growth hormone releasing peptide (GHRP). It increases the secretion of growth hormone and also blocks the effect of somatostatin, which would otherwise inhibit GH secretion.

The combination of CJC 1295 and ipamorelin aka CJC/ipa, provides a synergistic effect, which has five times the benefits of using them alone. The combination allows a maximized release of GH because they each have a different mechanism of action, working on different receptors.

CJC/ipa also aids in promoting a healthy immune system, along with improved hormonal balance enhanced energy, to burn fat, increase lean muscle, improve sleep quality, enhance memory, sex drive and more, by stimulating the production and release of hormones by the pituitary. CJC/ipa is normally prescribed at night to maximize the body’s natural cycle of growth hormone and stimulate the pituitary gland during REM sleep.

PPS has also been found to be useful in reducing symptoms of benign prostatic hyperplasia (BPH), rheumatoid arthritis, viral infections and interstitial cystitis.

Although pentosan polysulfate is available in oral form it's best taken via subcutaneous, intramuscular or direct joint injection. 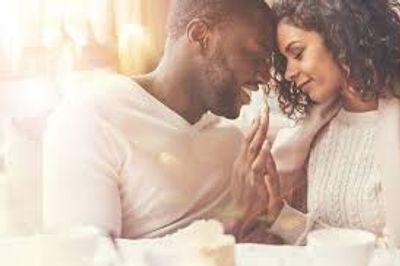 PT-141 works directly through the nervous system to increase arousal, desire and satisfaction with sex. Although most of the research has been targeted to women with female sexual dysfunction, it has been found to be an effective medication in treating sexual dysfunction in both men (erectile dysfunction (ED) or impotence) and women (sexual arousal disorder).

Unlike Viagra and other related medications, it does not act upon the vascular system but directly increases sexual desire via the nervous system. It is estimated that 43% of women (30 million in the United States) suffer from sexual dysfunction and 30 million men suffer from ED, with the incidence increasing 2-3 fold between the ages 40-70. Bremelanotide currently has no contraindications and is 80% effective in men who don’t respond to Viagra or Cialis. For women, it causes a 50% increase in sexually satisfying experiences.

Not recommended to use more than two doses weekly. Can be take orally or via subcutaneous injection.

This is a topical cream that when applied to the clitoris can have dramatic results. It has been reported that only ~25% of women achieve orgasm from sexual intercourse, and even with clitoral stimulation that number only increases to 43%, but Scream Cream can make all the difference. Women have reported substantially increased libido, intensity of orgasm and also vaginal lubrication.

The cream is made of multiple medications (l-citrulline, aminophylline, ergoloid mesylate, and pentoxifylline), but the primary mechanism of action is substantial vasodilation to the area of application which increases sensitivity. Another positive is that the cream achieves very little systemic absorption, which enables patients to use it without worry of drug interactions or side effects.

While traditionally prescribed for anxiety and depression, selank has been known to be effective in many other treatments related to immune modulation, anticoagulation, post-traumatic stress disorder (PTSD), attention deficit and hyperactivity disorder (ADHD) and metabolic syndromes.

Selank has pronounced anti-anxiety activity and acts as a stable antidepressant and anti-stress drug that relieves aggression and fear reaction in different animal species.

Selank also positively influences the formation of memory and learning processes. Clinical studies have shown that the effect of selank is similar to that of tranquilizers at low doses, but is not accompanied by the unwanted side effects such as amnesia, withdrawal or dependence.

Furthermore, decreased blood glucose levels have been observed with continuous treatment of this peptide. It induces anticoagulant and anti-hyperglycemia effects, and helps with weight loss. Thus, Selank can be used as a broad-spectrum therapeutic agent for the treatment of metabolic syndrome.

It is often prescribed for anxiety, immune system improvement, gastric protection, as a preventative for weight gain/metabolic syndrome, and with opioid and alcohol withdrawal/dependence.

Selank is taken via subcutaneous injection or nasal spray.

Sermorelin is taken via subcutaneous injection.

Glycine is an amino acid that can also act as a neurotransmitter. It has been used to help treat BPH, insomnia, schizophrenia, and stroke. Research has shown that it can also help to stimulate the pituitary gland to secrete growth hormone without increasing prolactin levels. It is also calming and can help with sleep.

Sermorelin/glycine is taken via subcutaneous injection. 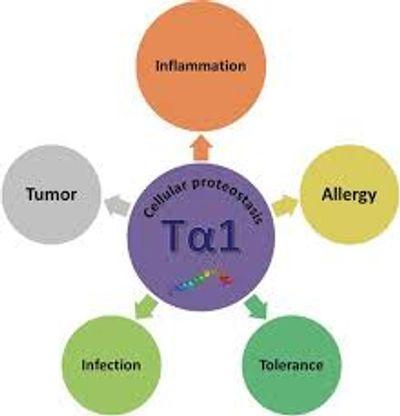 Thymosin alpha 1 (TA1) is a peptide, or small protein, produced naturally by the thymus gland. It plays an extremely important role in the immune system. The thymus is where immune cells known as T cells mature and are released when prompted to do so by the TA1 peptide.

T cell production and action within the body is vital to adaptive immunity. This is the mode by which immune cells are able to recognize and kill foreign invaders. Specifically, TA1 has been shown to enhance the function of certain immune cells called dendritic cells. These white blood cells play pivotal roles in the body’s defense process to anyone with a depressed immune system or suffering from an infection.

Thymosin Beta 4 (TB4) is a peptide produced naturally by the thymus gland. It is one of several polypeptide hormones secreted by the thymus that controls the maturation of T-cells, which is an extremely important part of the immune system. TB4 also assists in the development of B cells to plasma cells to produce antibodies. It also plays an important role in protection, regeneration and remodeling of injured or damaged tissues. It is currently being studied as a potential therapy for HIV, AIDS and influenza.